Are you looking for a Vet that will treat your furry loved one the way you treat them?  Let us help you!

We strive to provide as much information as we can about the health and well being of your pet. Learn more in our Education Section today!

Are you needing after hours care?  Check our list of resources.

Our mission is to uphold animal well being as our first priority by providing comprehensive and compassionate medical care.  We will strive to meet the individual needs of our patients while thoroughly addressing the concerns of their owners. 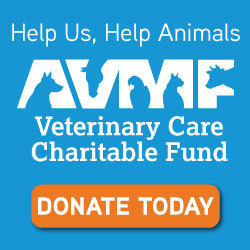 On May 8th, 2015 Harley was rushed to the veterinary clinic where Dr. Kemp had been working. Harley had not been acting his usual self when we arrived home. Dr. Kemp was quickly contacted and told us to bring him in ASAP. Upon arriving at the clinic, she immediately took action to see what was going on. An intestinal obstruction was determined to be the issue but the extent of the condition wouldn’t be known until emergency exploratory surgery was done.

Immediate action was needed after Dr. Kemp realized that it was much worse than anticipated. Harley had what was known as a colonic torsion, a rare life-threating twisting of the bowel, that was cutting off the blood supply to his large intestine and other vital organs. After discussing the severity of the situation, Dr. Kemp decided that the entire large intestine would need to be
removed in order to try and save his life. Nothing in life is ever guaranteed and we’re only given a short time with those we love, but upon spending ten very long days in the very caring hands of Dr. Grace Kemp, Harley was able to return home to his family. He is doing wonderfully today and is enjoying his golden years with those who love him the most. Without the compassionate and dedicated care of Dr. Kemp we’re unsure of how our journey may have ended. We will forever be grateful for the exceptional care she had shown us and for her blessing us with the gift of time!

I would highly recommend Dr Grace Kemp to everyone that has special furry friends. Extra caring,compassionate, and. super Dr. I had the great privilege to work with her the past couple of years and she is great!!!

Dr. Kemp is courteous, professional, personable, and just all around wonderful. She made us feel that we were part of our dogs’ care and treatment plans. She patiently listened to our concerns, prepared a treatment plan, explained the plan and fees to us, and followed up with a phone call afterwards. She takes her time with our dogs, never rushing, and always speaks to us in a way so that we understand what is going on. Our two dogs are always excited to see her. Dr. Kemp loves our dogs like we do, and provides care to ensure that they live long and happy lives.